Back to all posts

Back in the studio! 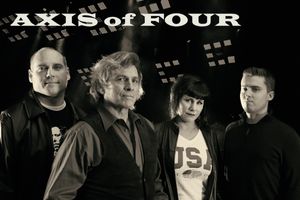 Thanks for coming out to the last show.  We need more fans to come out to hear the band.  Li'l Ricky was in Blue Sky Studios last week to lay down his guitar parts to "Amerika 2021"  He and Nick got this crazy-good distortion sound from the Hot-Rod Deluxe by driving those output tubes.  He also cut the vocals, and got very eexcited about the chorus - one of the best and most unique he has written.

Saturday the 26th, Li'l Ricky will be cutting basics for two songs he co-wrote with his long-time friend Jon Golden.  "The Coast Is Clear", and "What Ya Gonna Do?"will also feature El Maestro Orestes Vilato on percussion to create a fusion sound of pop, funk, and latin music.