Back to all posts 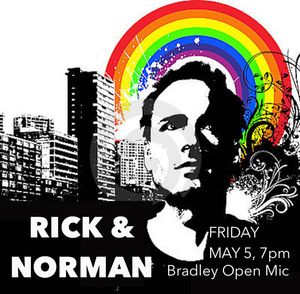 In honor of the anniversary of Alan Shepherd  being launched into space atop a Mercury Redstone Rocket, Rick & Norman will perform a Medley of AXIS OF FOUR tunes that have been released, are in the pipeline for release, and are scheduled for release later this year.
The event is at The Bradley Open Mic, 1042 Brown Avenue in Lafayette, at 7pm.  Come join us to celebrate some good songwriting and great company!